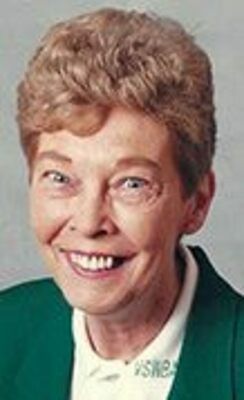 Mildred Sutherland Phipps was born March 19, 1935 and left this world to be with her heavenly Father on October 20, 2022 after an extended illness.

Mildred graduated from Dickenson Memorial High School, where she played basketball and was captain of the team, and Radford College, where she majored in Library Science. She retired from Dickenson County Schools as the School Librarian for Clintwood Elementary School. She was an active member of Delta Kappa Gamma Society International for many years, serving in several leadership roles including President. She was active in the Dickenson County Republican Party for many years.

The family received friends Sunday, October 23, from Noon until 2 p.m., at the Clintwood Funeral Home Chapel. Funeral services began at 2 p.m., with Frank Hall officiating. Burial followed in the Phipps Memorial Cemetery. Sons, grandsons and great-grandsons served as pallbearers. Online condolences may be given at www.clintwoodfuneralhome.com.

No one hurt; house gutted